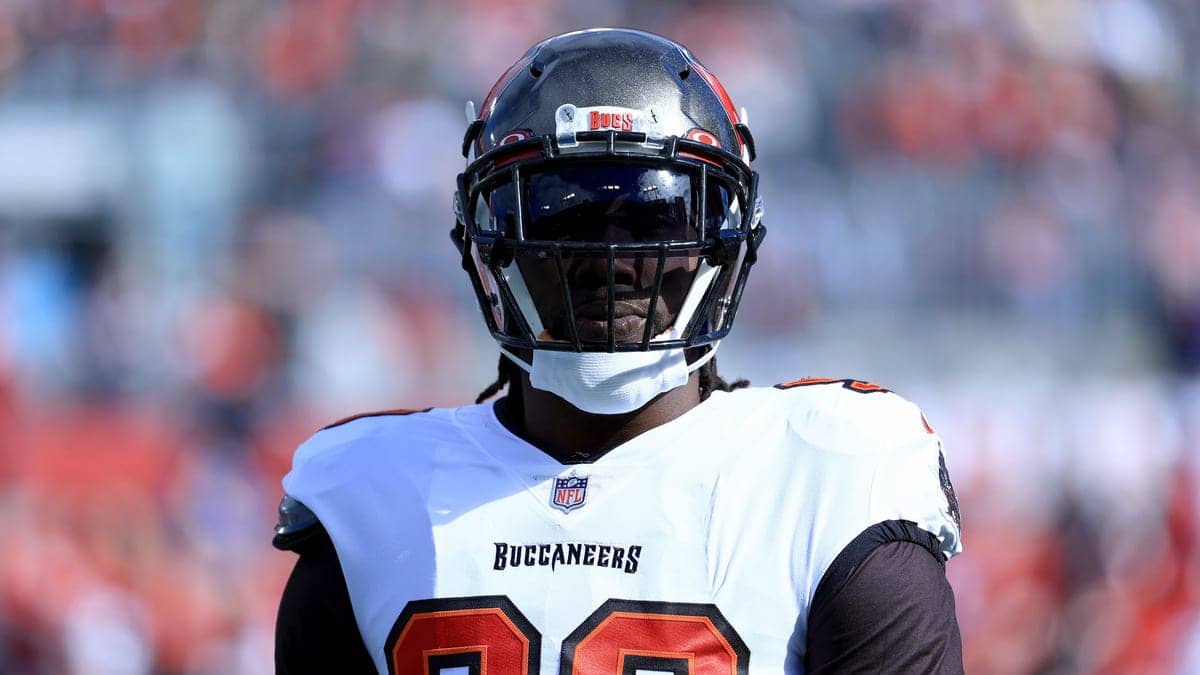 The Baltimore Ravens are bolstering their defensive line, signing two-time Super Bowl champion Jason Pierre-Paul to a one-year deal, according to multiple reports.

Pierre-Paul’s deal can be worth up to $5.5 million with incentives, NFL Network reported Thursday.

Pierre-Paul had visited with the Ravens in June, and they brought him in again this week to work him out once more. The 33-year-old looked good to them, and a deal was reached.

Jason Pierre-Paul of the Tampa Bay Buccaneers reacts in the fourth quarter of a game against the Los Angeles Rams in the NFC Divisional Playoff game at Raymond James Stadium in Tampa, Fla., on Jan. 23, 2022.
(Mike Ehrmann/Getty Images)

He told CBS Sports he’d be joining the team.

The Ravens already have Calais Campbell, the 36-year-old Pro Bowler who has one sack on the season with five tackles, and Odafe Oweh, who has yet to take down the quarterback or add a quarterback hit to his stat line. Justin Houston, another veteran, and Malik Harrison are also on the defensive front.

Baltimore is coming off an awful loss to the Miami Dolphins, who fought back from a 28-7 deficit at halftime to win 42-38 on Sunday. The Ravens are creating pressure but just haven’t been able to get the quarterback down, and they’re hoping JPP can help those efforts.

Jason Pierre-Paul of the Tampa Bay Buccaneers reacts during the second quarter against the Chicago Bears at Raymond James Stadium in Tampa, Fla., on Oct. 24, 2021.
(Douglas P. DeFelice/Getty Images)

The Ravens will be Pierre-Paul’s third team in a 13-year NFL career that began with the New York Giants in 2010 as their first-round draft choice. He got a Super Bowl ring in just his second season, playing a significant role on a defensive live with Osi Umenyiora, Justin Tuck, Chris Canty and Linval Joseph.

Jason Pierre-Paul of the Tampa Bay Buccaneers warms up before playing the Los Angeles Rams in the NFC Divisional Playoff game at Raymond James Stadium in Tampa, Fla., on Jan. 23, 2022.
(Mike Ehrmann/Getty Images)

The Ravens will take on the New England Patriots on Sunday.

The Supreme Court on Monday rejected a new effort to expand gun...
18 mins ago

The Supreme Court on Monday stepped into the politically divisive issue of...
19 mins ago

HERMANTOWN, Minn. -- Federal investigators hope to determine what caused a single-engine...
22 mins ago

Prime Gaming's October lineup features seven games, and there are some big...
23 mins ago

Sony has ambitious plans for its next generation of virtual reality hardware,...
25 mins ago

The latest Black Panther: Wakanda Forever trailer is here, and although it...
37 mins ago
Load More