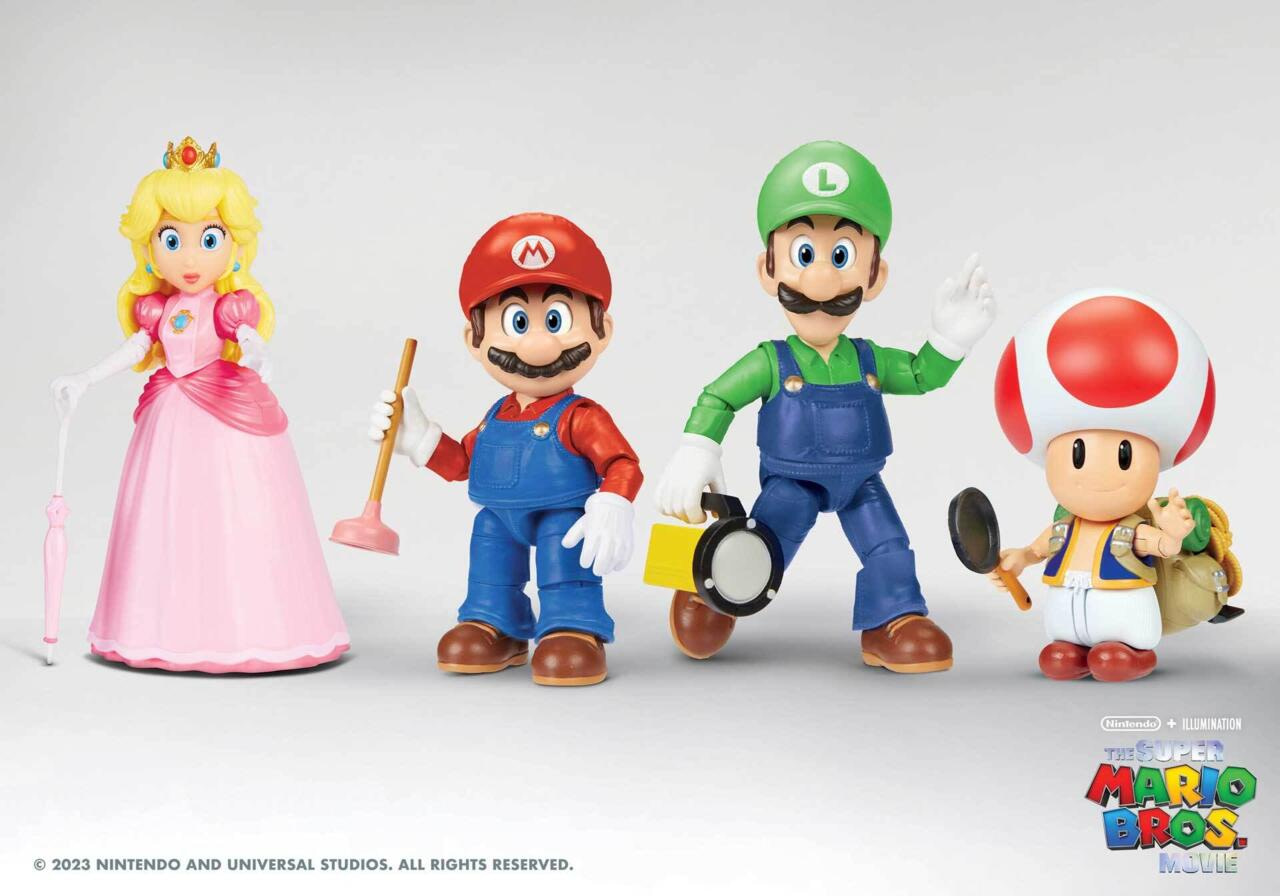 With just a few months to go before Mario leaps back into cinemas–Bob Hoskins, you are missed–toy manufacturer Jakks Pacific has revealed its officially licensed lineup of Super Mario Bros. action figures. Each figure possesses a high level of articulation, bright paint applications, and eyes that you don’t want to stare at for too long, and also come with their own unique accessories.

Mario has his plunger, Luigi has a flashlight, Princess Peach has her royal parasol, and Toad has both a backpack and a frying pan. This is just the tip of the licensing iceberg, and Jakks Pacific says that it will reveal more posable figures, accessories, playsets, plush and even a remote control toy before they arrive on store shelves on February 26.

If you can’t wait until next month and you need some Mario toys in your life right now, the Super Lego sets are worth looking at.

The Lego Super Mario starter course comes with all the parts you’ll need to build your own level and an interactive Mario–the set is usually $60 but is currently going for $48 at Amazon–plus there are expansion sets on sale that’ll allow you to create your very own Mushroom Kingdom.