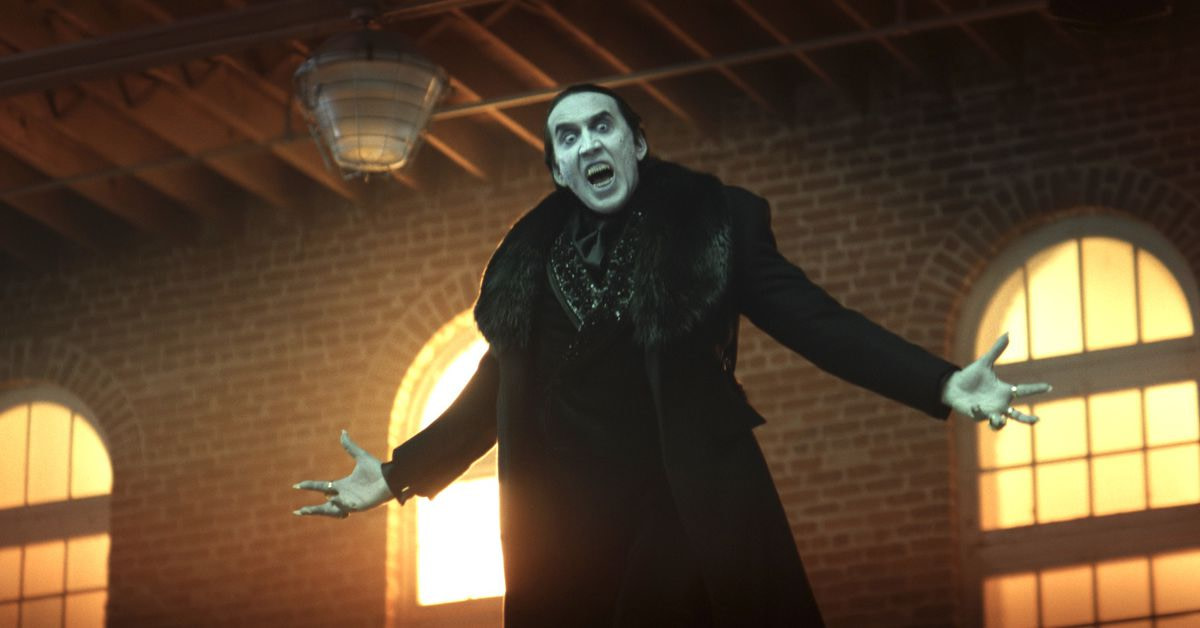 Once upon a time, Nicolas Cage starred in Vampire’s Kiss, about a man who goes off the deep end after believing he’s been transformed into a vampire. The movie is awful, but it made for some incredible memes because Cage went hard. The faces… so many faces. But it was a just taste of what could be; imagine if the baroque actor played an actual vampire?

Imagine no longer: This spring we get Renfield, a horror comedy from Chris McKay (The Tomorrow War, The Lego Batman Movie) starring Nicholas Hoult, the unhinged familiar to one Count Dracula, played in this version by Cage. McKay has updated Bram Stoker’s classic for the modern era, though as evidenced in the trailer, both Renfield and Dracula aren’t quite fit for it. Luckily, Dracula’s gifted Renfield the power to kick ass as he claims lives for his master’s dinner. Think What We Do in the Shadows, but Guillermo’s imbued with John Wick skills.

Hoult is no stranger to horror comedy — he previously limbed about as a zombie in Warm Bodies, and one could argue the level of bloodshed on The Great qualifies the Hulu show for the category — but for all his weirdo roles of late, self-aware comedy has not necessarily been Cage’s game. But that isn’t stopping him from being true to himself and going big; as he told Empire recently, “This will be a pop-art Dracula. Warhol did a great black-on-black Dracula. This is in that Warhol vein.” Hell yeah.

Along with Hoult and Cage, Renfield co-stars Awkwafina, Ben Schwartz, and Adrian Martinez. The movie opens in theaters on April 14.

6:03 AM ETAssociated PressRory McIlroy overcame a final-round charge from Patrick Reed...
21 mins ago