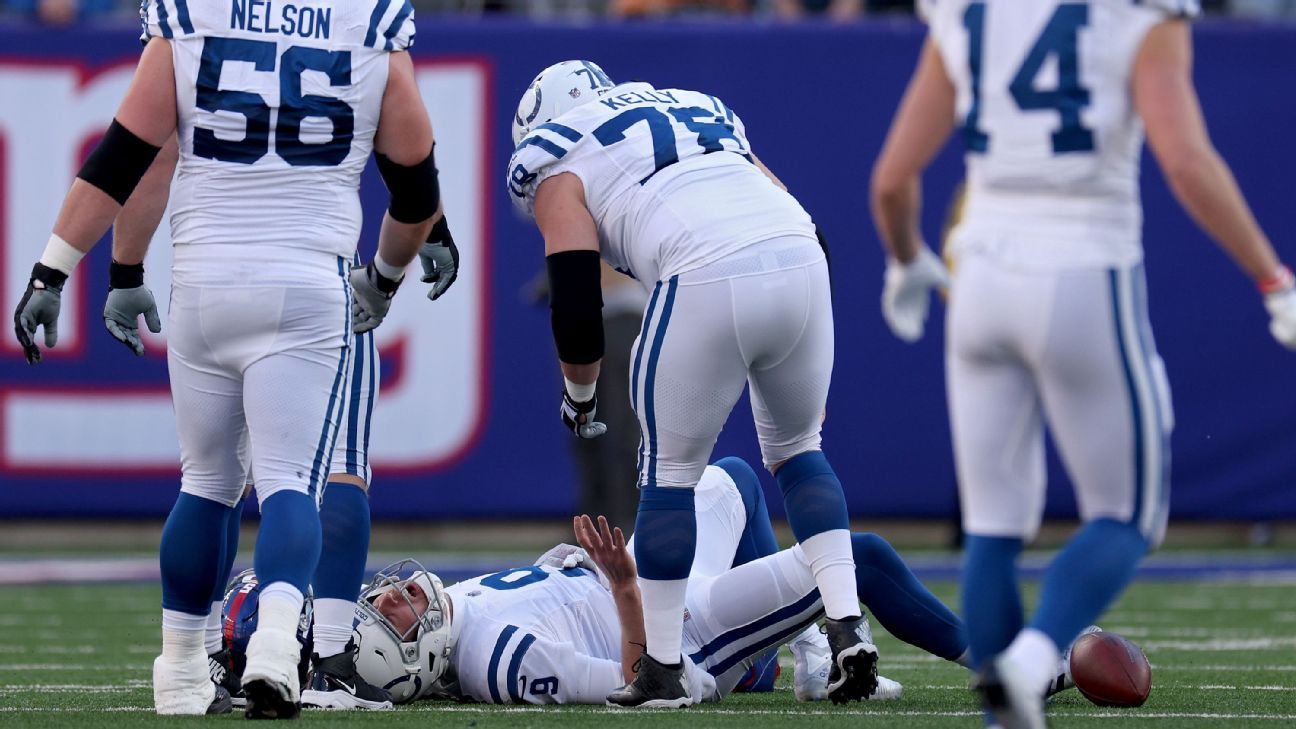 Foles lay on the artificial surface at MetLife Stadium in East Rutherford, New Jersey, for several minutes while being treated by medical personnel after the play. The 33-year-old was able to walk to the Colts’ sideline but soon was placed on a cart and taken to the locker room before being ruled out at halftime.

Thibodeaux, the fifth player taken in the 2022 NFL draft, came off the right side of the defensive line when he hit an unsuspecting Foles in the back. The quarterback fell and landed on the ball on the third-down play late in the first half.

“After a sack, you celebrate,” Thibodeaux said twice. “I think when I did realize he was hurt, that’s when we started getting up. When you are doing the celebration, you are not looking to see who is doing what. I hope he gets well, and I hope he is all right.”

Interim head coach Jeff Saturday said after the Colts lost 38-10 to drop their sixth straight game that Thibodeaux landed on top of Foles and the ball.

“I know ribs, but no more than just the ribs right now,” Saturday said, adding that Foles was in a lot of pain.

Sam Ehlinger played the second half for the Colts and threw his first NFL touchdown pass, a 6-yarder to wide receiver Michael Pittman Jr. He finished 9-for-14 for 60 yards.

Veteran Matt Ryan was inactive Sunday. Saturday said Ryan would be in the mix for the regular-season finale against the Houston Texans if Foles is out.

“I’ll consider all of them,” Saturday said. “I haven’t thought about it at all. When I get on the plane and head back home, I’ll think about all those things.”

Foles was 8-of-13 for 81 yards and had just thrown an interception that Landon Collins returned 52 yards for a touchdown to give New York a 21-3 lead.

“He was out there fighting, doing his best,” Saturday said.

Foles was sacked a career-high seven times the previous week in a loss to the Los Angeles Chargers. He had been inserted into the starting lineup following Ryan’s ongoing struggles. The Colts generated just six points in six quarters with Foles under center.

The loss dropped the Colts to 4-11-1. They are in contention for one of the top selections in the NFL draft and are expected to strongly consider selecting a quarterback.

“We still got one more week,” Saturday said. “I’ve got to keep these guys playing good football for the last week and try to get a win and finish this season off in the right way.”

ESPN’s Stephen Holder and The Associated Press contributed to this report.