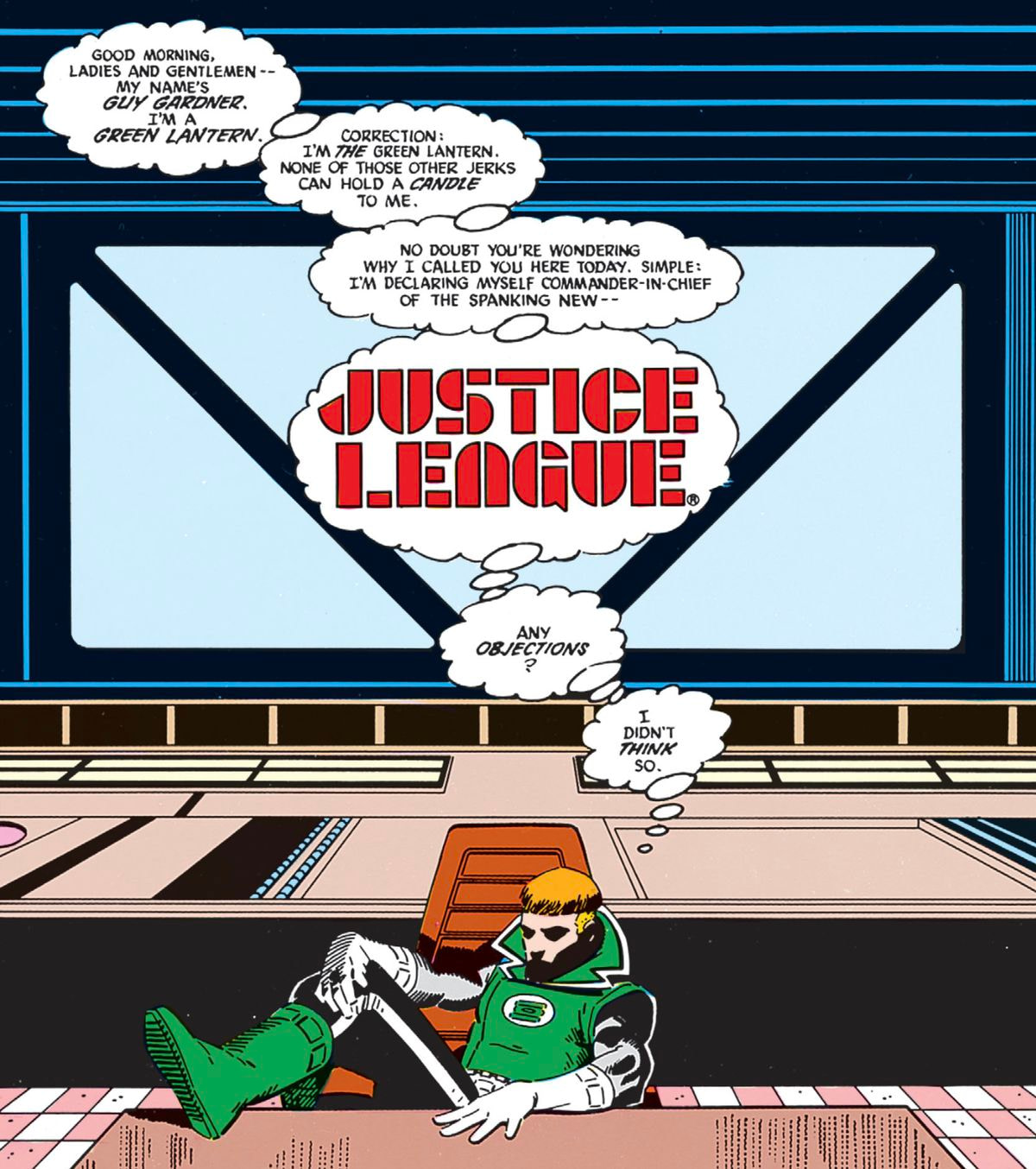 This is the most famous punch Batman’s ever thrown

Batman has had his share of iconic fights, with Superman, Bane, Ra’s al Ghul, and even Darkseid. But ask a comic shop employee to finish the sentence “Remember that time that Batman punched…” and nine out of 10 times they’ll say “…Guy Gardner.”

This will not make sense to anyone else, because most people who’ve never been inside a comic book shop (and decent number of those who have) have no idea who Guy Gardner even is. But the time Batman punched Guy Gardner is something that Batman has never done again.

Batman doesn’t usually find himself in situations that call for punching a Green Lantern, but it’s not unheard of. And sure, the moment that Batman decked Guy Gardner, the third Green Lantern, was a funny one, but Batman’s been funny before. A moment has to be more than that to endure in the minds of comic book nerds for 36 years.

This punch remains one of the superlative moments in superhero comics because it is the essence of 1988’s Justice League International — The Office of the DC universe. It’s the only superhero workplace comedy to ever be truly worthy of the name, and Batman clobbering Guy Gardner is its crowning moment. But it only happened when DC Comics editorial kind of… forgot to leave room for the Justice League.

A new Justice League for a new DC

In 1988, there wasn’t a corner of the DC Universe that wasn’t, on some level, smack in the middle of reinventing itself, given carte blanche to buck its continuity. But while the rest of the DCU engaged in a celebratory frenzy of updating its 50-year old heroes for the 1980s in any way they saw fit, Keith Giffen and Kevin Maguire were facing a slew of hamstringing restrictions.

They’d been assigned to craft the first Justice League book of DC’s new era, but they weren’t allowed to use… basically any of the Justice League.

The good news was the Martian Manhunter was free for use, since nobody cared about him. The bad news was everything else. Four of the seven original Justice League members — Superman, Wonder Woman, the Flash, and Aquaman — were in the middle of significant retreads, overseen by folks like John Byrne and George Perez, the company’s biggest talent. The creators and editors in charge of them declined to let another team borrow them while they were still in a half-baked state. The Green Lantern office deigned to offer the least beloved of Earth’s three Green Lanterns. It was legendary Batman group editor Denny O’Neil who took pity on Giffen and Maguire, and let Batman come out to play.

For the rest, they scrambled around, finding the biggest names or most editorially useful characters they could. Captain Marvel and Blue Beetle were classic characters formerly belonging to rival comics publishers only just integrated with the DCU. Mister Miracle came with that Jack Kirby cachet. Black Canary and Doctor Fate had a long editorial history with the Justice League — not to mention that typically artist-not-writer Giffen brought in J.M. DeMatteis, who was writing the new Doctor Fate book, to pen Justice League International’s dialogue.

A few Who-Is-That?-man superheroes in a Justice League book was not an unusual formula in itself. Before Hollywood began to transform more and more superheroes into household names, books with “Avengers” or “Justice League” in the title were designed to be held down by a mix of bestselling heroes and also-rans. Readers who bought a book for Batman or Superman or Spider-Man or the Hulk might find themselves getting hooked on the characters of Aquaman, Wonder Woman, Doctor Strange, or Scarlet Witch, maybe enough to support a solo series.

But the 1988 Justice League didn’t have a mix. It just had Batman. In response, Giffen, Maguire, and DeMatteis decided to toss the rest of the flagship superhero team playbook out the window as well.

The overarching tone of superhero comics in the late ’80s was ushered in, in no uncertain terms, by Watchmen and The Dark Knight Returns. Those years saw soaring sales for Punisher’s, Wolverine’s, and Daredevil’s bloodiest stories, as the industry pivoted toward the tastes of adult fans, on a roller coaster that would ride all the way to the X-treme X-cesses of the 1990s. Even the bestselling team books operated in the realms of high operatic drama, like the X-Men’s Inferno — comics were not leaning to the light and fluffy.

Let it not be said, however, that Justice League International didn’t deliver superhero action. The first issue has the League rescuing hostages in the halls of the United Nations, ending when a classic 1980s terrorist leader of generic nationality ends his own life after his suicide bomb fails to go off (or, as only the readers could see, has been manipulated into doing so by the newly introduced Maxwell Lord).

However, the rest of the book would be comedy — quippy dialogue, humorous miscommunications, and plenty of pratfalls — all based on personality clashes within the League. No united, all-American front were these heroes. As Alan Moore had Owlman put it in the pages of Watchmen, “Dressing up in a costume takes a very extreme personality, and the chances of eight such personalities getting along together were about 75 million-to-one against.”

Justice League membership feeds Mister Miracle’s career as a showman, or later addition Booster Gold’s ability to make sponsorship money, or Blue Beetle’s ambitions to climb superhero leadership ranks, or simply puffs up Guy Gardner’s ego. Half the League is there for their careers, not because they’re unwilling to superhero alone. Even Batman, whose obsession is, and always will be, Gotham City, has his foot half out the door. With most of the team treating it like a job, Justice League International made an action-packed superhero book into a workplace comedy.

And every workplace comedy needs an asshole.

Guy doesn’t hit the floor in Justice League International #5, but Giffen, Maguire, and DeMatteis begin building to that inevitability from the very first panel of issue 1, which shows Guy sitting in the dark like a weirdo, rehearsing a speech in which he’ll declare himself “commander-in-chief of the spanking new Justice League.” In his mind, his sheer animal magnetism will allow this to pass without objection. It couldn’t be further from the truth.

For five issues, Guy’s ego is matched only by his ability to say exactly the wrong thing at every possible moment, and when criticized, double down on it. He makes light of nuclear disaster. He’s low-key a Reagan Republican. He hits on his female co-workers constantly, and he calls the rest cowards for suggesting diplomatic solutions. Everyone hates him.

The only thing keeping him in line is how clearly terrified he is of Batman, and beneath that terror is a helium resentment straining to escape its balloon prison in a shocking but impotent explosion of wannabe-Rambo masculinity. Which is what happens in issue 5.

Guy snaps — we come on the scene in medias res, as if to say, “We don’t have to explain why he’s mad. He’s an asshole!” — and when Batman still refuses to hand leadership of the League to him, Guy pulls his power ring off and prepares to throw hands. The result is obvious, by the laws of Batman and comedy alike. It’s the aftermath of this superheroic clash that sells the moment as only Justice League International can.

The reactions of the other Leaguers run from neutral to delighted catharsis to dismay at not having seen it with their own eyes. Then they leave Guy’s flopped-out body on the floor and cross the room to have a much quieter version of their usual team meeting.

Television has tried mightily to do the thing that came so easily to Giffen, Maguire, and DeMatteis. The CW’s Legends of Tomorrow arguably fits this mold, as well as Disney Plus’ She-Hulk, HBO Max’s Harley Quinn, and NBC’s doomed Powerless. And while some of these attempts are great television, all of them skew to one end or the other, to action comedy or full-on parody.

There’s never really been anything that was so earnestly a flagship superhero-team book and so earnestly a sitcom at the same time. Where it was perfectly normal for the Justice League to spend an annual expanding into an international web of headquarters facilities at the behest of their secretly-a-villain PR manager who’s being advised by a superintelligent computer from the planet Apokolips — and perfectly normal for them to (in the same issue) do a whole bit that is just straight-up an unauthorized Fawlty Towers crossover.

Like Batman’s fist meeting Guy Gardner’s face, it’s a combination that has never been equaled.

Prices taken at time of publishing.

In the late 1980s, writers Keith Giffen and J.M. DeMatteis redefined the Justice League of America with these unique, humorous tales, collected for the first time since their original comic-book publication.

With Batman, Green Lantern Guy Gardner, Blue Beetle, Booster Gold and other quirky heroes of the DC Universe, the team battles the colony of spaceships known only as the Cluster, then must track their missing comrade, Mister Miracle to the dread planet Apokolips. And when our heroes arrive back on Earth, they must contend with the new Queen Bee and the return of Lobo. Collects issues Justice League #1-6 and Justice League International #7. 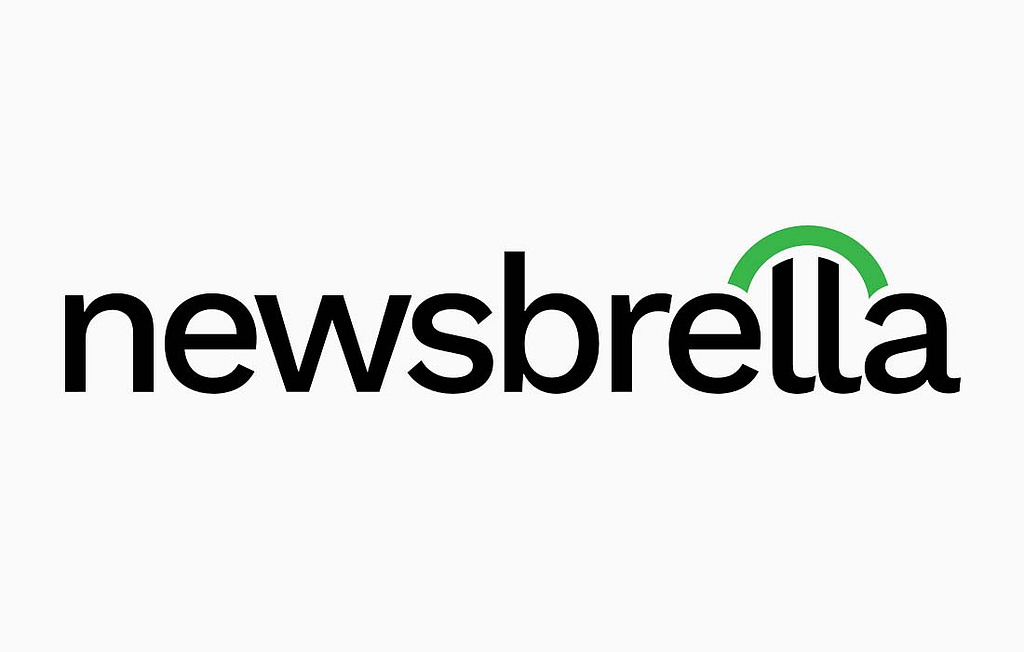 While Call of Duty 4’s iconic Barrett anti-materiel rifle and the loud,...
17 mins ago