Tish James fundraising appeal vows she will ‘never be bullied’ as attacks from Trump, Cuomo mount

ALBANY, N.Y. — A 2021 report by New York Attorney General Tish James led Andrew Cuomo to resign from an office he’d held for more than a decade. As James runs for reelection, she’s angling to take down Donald Trump’s most prized possession — his company.

And James, a Brooklyn Democrat who had short-lived run for governor last year is fundraising off her fights.

“Guess who’s in the headlines again,” read one fundraising email to her supporters on Wednesday just hours after she filed a sweeping civil lawsuit against the former president, his children and the Trump Organization that alleges broad financial fraud.

James’ campaign has sent out similar ones with the same message in recent months as she builds on her $2.6 million campaign war chest to win reelection in the deep blue state: “I will not bow. I will not break. I will not be bullied.”

None of them mention Trump or Cuomo by name. Her campaign said there was no coordination with James’ office.

“Once again, powerful and corrupt men have taken over the headlines, friend,” the fundraising appeal Wednesday reads. “But I’m not surprised. Ever since I took my oath as your attorney general and swore to do everything in my power to finally bring the most corrupt actors to justice, they have worked tirelessly to take me down.”

She’s not alone. Trump also put out a fundraising email to his supporters after the lawsuit was filed.

“I’m prepared to FIGHT BACK, but I need to know that I have your support. I want to show the Left that despite their best efforts, the American People will NEVER believe their LIES and SLANDER,” his campaign arm wrote Wednesday.

James has not only vowed to fight against politicians’ misdeeds, but she has also been the focal point of their own vindication tours. Yet the fundraising emails could play into the accusations from her biggest critics that politics is at play, which she has denied.

“Claiming you have money you do not have does not amount to the art of the deal,” she said Wednesday. “It’s the art of the steal, and there cannot be different rules for different people in this country or in this state. And former presidents are no different.”

Trump, who is known for turning his political enemies into recurring characters on his roving MAGA-rally road show, frequently points to James’ campaign promises to investigate him at rallies, in interviews and on social media, as evidence she is yet another example of how he has been unfairly targeted.

He even paused his speech at a recent event in Arizona to play a highlight reel of James’ comments against him.

James has been also maligned by Cuomo and his allies since her report in August 2021 found he had sexually harassed 11 women, including some former female aides. It led to broad calls that he resign or face impeachment in the state Legislature. He opted to resign within weeks.

Now he has filed an ethics complaint against her, and if she’s found in the wrong, could lead to her disbarment.

Her office dismissed his claims: “Mr. Cuomo resigned after an independent investigation revealed that he preyed on multiple women who worked for him. New Yorkers are ready to move forward and close this sordid chapter in our state’s history.”

Now she’s also looking to beat back allegations from Trump that she’s on a “witch hunt” against him.

“She campaigned on that four years ago,” Trump said Wednesday on Fox News’ “Hannity.” “It was a vicious campaign and she just talked about Trump; ‘We’re going to indict him, We’re going to get him’. She knew nothing about me. I never heard of her.”

Trump said he didn’t expect James to bring a lawsuit and “was of the impression she wanted to settle.”

“I will not negotiate in public, and as you know, as has been publicly reported, we rejected settlement offers they’ve submitted,” she told reporters Wednesday, But, she added, “Our doors are always open.”

James faces Republican Michael Henry, a New York City attorney, on Nov. 8. Republicans, including Trump, have blasted the timing of James’ lawsuit ahead of the election. Trump contended on his social media site Truth Social that she is “doing poorly against Law & Order A.G. candidate, highly respected Michael Henry.”

At a January rally in Florence, Ariz., the former president dramatically interrupted his speech to showcase a video that spliced together different moments when James talked about Trump.

The crowd booed after watching the video of James, which showed her calling Trump an “illegitimate president” and ended with the words “unhinged liberal” projected over her face.

“I don’t even know who the hell she is. I’ve never heard of her before,” he continued.

A similar video was used by Trump’s allies after James’ press conference announcing her suit this week.

If Trump had something to say to James, he had his face-to-face chance last month when she won the right in court to dispose him on the case. Trump, who was interviewed shortly after the FBI’s search of Mar-a-Lago as part of a separate investigation into his handling of classified documents, repeatedly invoked the Fifth Amendment.

“I once asked, ‘If you’re innocent, why are you taking the Fifth Amendment?’ Now I know the answer to that question,” Trump said in a statement at the time. “When your family, your company, and all the people in your orbit have become the targets of an unfounded, politically motivated Witch Hunt supported by lawyers, prosecutors, and the Fake News Media, you have no choice.”

James has been unswayed.

“Two judges have dismissed those claims of a witch hunt. So I give no credence to the names that he has referred to me,” she told reporters Wednesday. 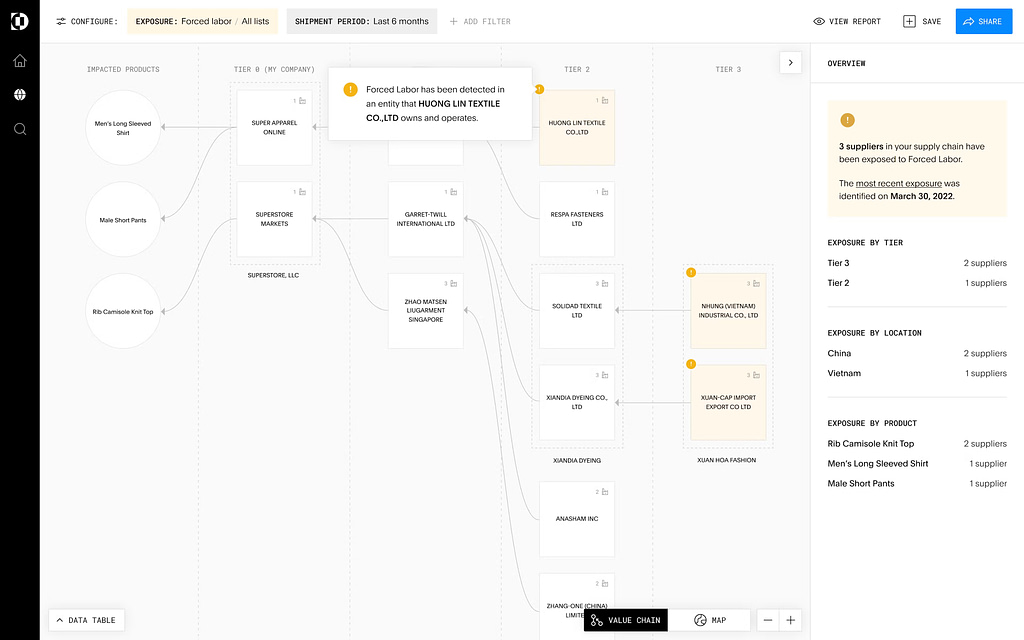 Trade wars, military conflicts, the rise of e-commerce and sustainability concerns are...
10 mins ago

A week after Hurricane Ian hit North Port, Fla., the floodwaters have...
22 mins ago

The jury selection process is slated to begin Thursday morning in the...
41 mins ago

One Saturday in February 2022, the phones of European venture capitalists began...
41 mins ago

The Addams Family also came packed with a Byzantine-yet-accessible set of rules...
41 mins ago

Despite the Covid epidemic, Brexit disruption, and Westminster’s never-ending political drama, the...
41 mins ago