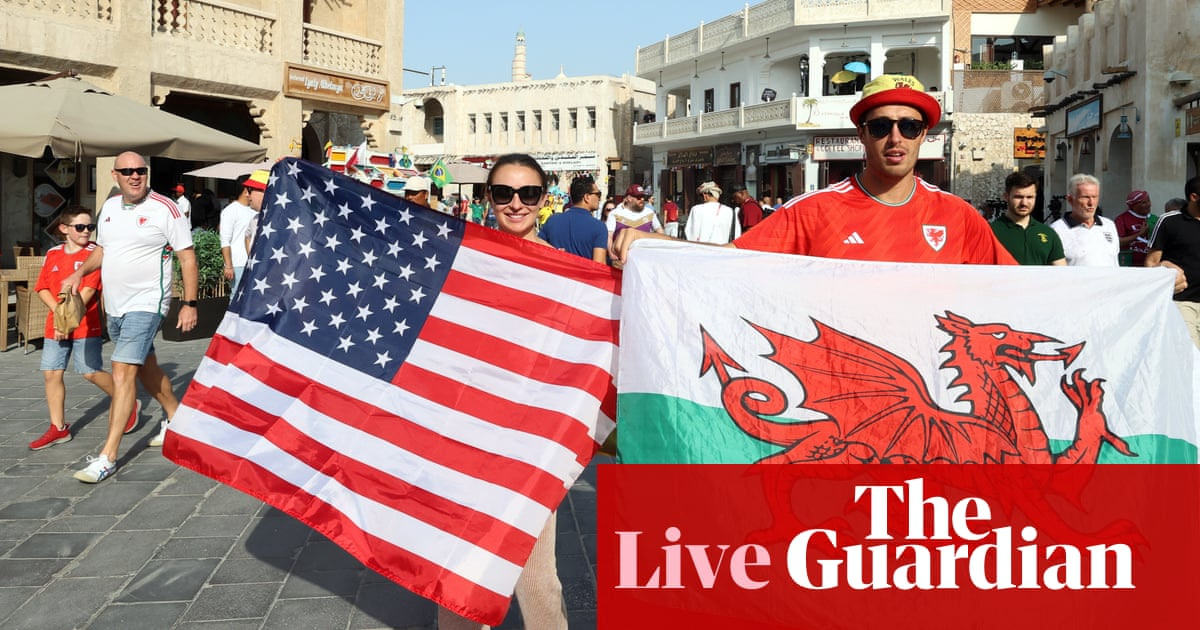 I think I’ll leave this one to Michael Sheen.

Yep, it’s Wales’ first World Cup game since 19 June 1958, when a future Viagra salesman named Edson Arantes do Nascimento beat them in the quarter-finals. They’ve had a number of near misses since, none more painful or poignant than 17 November 1993, but it feels almost cheesily appropriate that this golden age of Welsh football should end with them finally reaching a World Cup. As someone who is neither Welsh nor patriotic, I can’t pretend to understand how this feels, or what it says about national identity. But I’d have to be the king of all dullards not to appreciate how important tonight is to approximately 3.19 million people.

If Qatar 2022 feels like a last hurrah for Wales, certainly Gareth Bale and Aaron Ramsey, then it’s the beginning of something for the USA. They are the second youngest squad at the tournament behind Ghana, with an average age of 25.2. At 23, Leeds midfielder Tyler Adams is the USA’s youngest captain at a World Cup since Walter Bahr in 1950.

All connected with the USMNT already have half an eye on 2026, when they will co-host the tournament and will dream about going beyond the quarter-finals for the first time. They’ve also had to wait to appear at a World Cup – only eight years, but after qualifying for seven tournaments in a row, missing out in 2018 was an unwelcome shock. DeAndre Yedlin is the only member of this year’s squad who was in Brazil in 2014.

Both teams had to work hard to qualify. Wales beat Austria and then Ukraine in the play-offs; the US finished third in the Concacaf standings, behind Canada and Mexico, thanks almost entirely to their excellent home form. They’ve won none of their last eight games outside America, but they are usually awkward opponents for anyone at a World Cup.

If you’re into the whole rankings thing, this game is 16th v 19th (surprisingly, given events earlier today, this is the only group in the tournament with all four teams in the top 20). And if the other results go as expected – which they won’t, they never do, so I’m not sure what my point is – this will be the most important game in Group B, the one that decides who plays the Netherlands/Senegal/Ecuador in the last 16.

As such it feels like a classic musn’t-lose game, although for some it’s a who-gives-a-flying-one-about-the-result game: Wales are playing at a World Cup for the first time in 64 years, and the rest is just detail.

PrevPreviousSeveral injured when SUV crashes into front of Apple store
NextChristian Eriksen’s triumphant return: Denmark star is primed for the World CupNext
Back to Feed

Please enter your date of birth to view this video By clicking...
16 mins ago

WWE 2K23 is the follow-up to last year's successful relaunch of the...
16 mins ago

CD Projekt Red has rolled out a new patch for The Witcher...
21 mins ago

The release of Dead Space Remake last month has been warmly received...
53 mins ago

8:00 AM ETThe time has come to scrap the transfer window. What...
54 mins ago
Load More