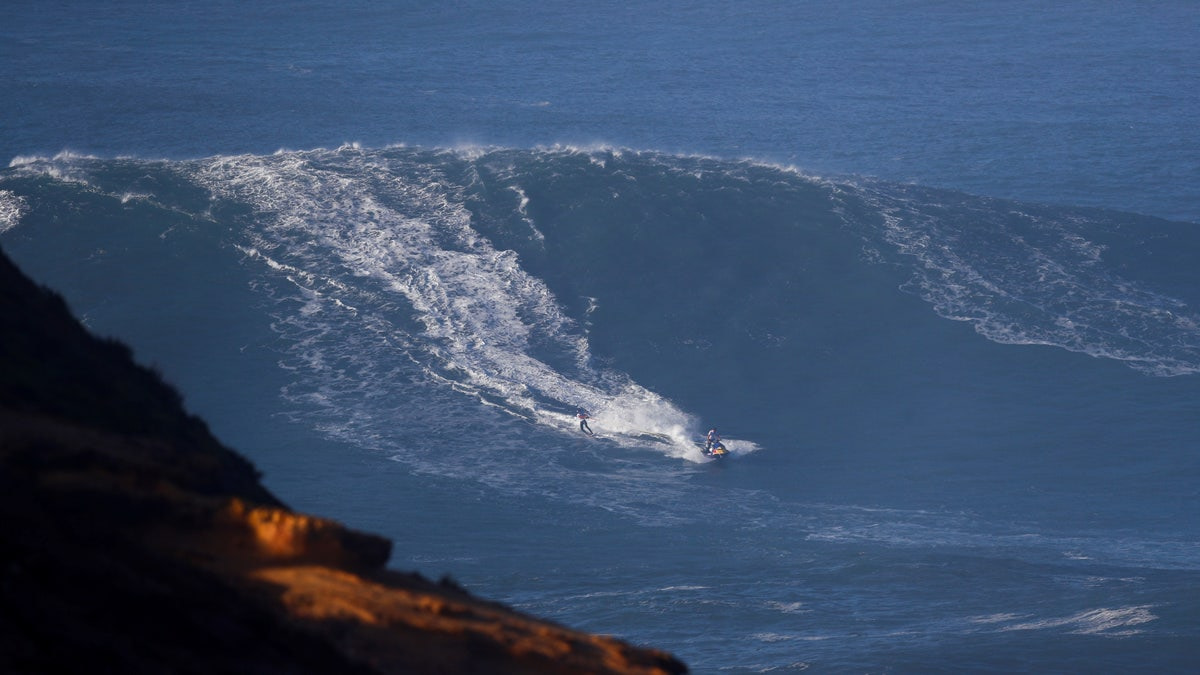 Veteran Brazilian surfer Marcio Freire died Thursday while surfing off the coast of Portugal in an area known as Nazaré, which is home to some of the world’s biggest and most dangerous waves, according to reports.

The Portuguese National Maritime authority said, “A 47-year-old man of Brazilian nationality died this afternoon after suffering a fall while practicing towed surf at Praia do Norte.”

The statement said authorities were alerted and the surfer was rescued on jet ski by lifeguards before being brought to the beach.

“The lifeguards verified that the victim was in cardiorespiratory arrest, immediately initiating resuscitation maneuvers,” the statement described. “After several attempts, it was not possible to revert the situation.”

The 47-year-old was declared dead on the beach by officials from Portugal’s National Institute of Medical Emergency.

Fox News could not immediately reach maritime authorities for comment.

Freire was one of three Brazilian surfers featured in the “Mad Dog” documentary which featured their attempts to conquer the infamous surf break dubbed “Jaws” off of the Hawaiian island of Maui.

SURFING STUNNER: WOMAN WAKESURFS ON LAKE IN HIGH HEELS, SIPS COFFEE, READS WHILE ‘ON BOARD’

His record was then bested in 2017 by Brazilian surfer Rodrigo Koxa and then again in 2020 by German Sebastian Steudtner who surfed an 86-foot wave at Nazaré.

An outpouring of tributes and grief rolled in on social media following the death of the legendary surfer.

“Today we lost one of ours,” fellow big-wave surfer Nic von Rupp said on Instagram, noting he spent the day watching Freire surf.

“He surfed all day with a big smile on his face. That’s how I’ll keep him in my memory. Legend,” he added.

The Portuguese Surf Federation took to Facebook to say it “mourns the tragic death of Brazilian surfer Márcio Freire in Nazaré.”

“Our thoughts are with the bereaved family and the big wave surf community,” the federation said.

PrevPreviousDoorstead closes on $21.5M to make sure you always have a tenant for your rental property
NextCES, NYE, SBF and FTX. Lol.Next
Back to Feed

Editor’s Note: Lynda Lin Grigsby is a journalist and editor who has...
27 mins ago