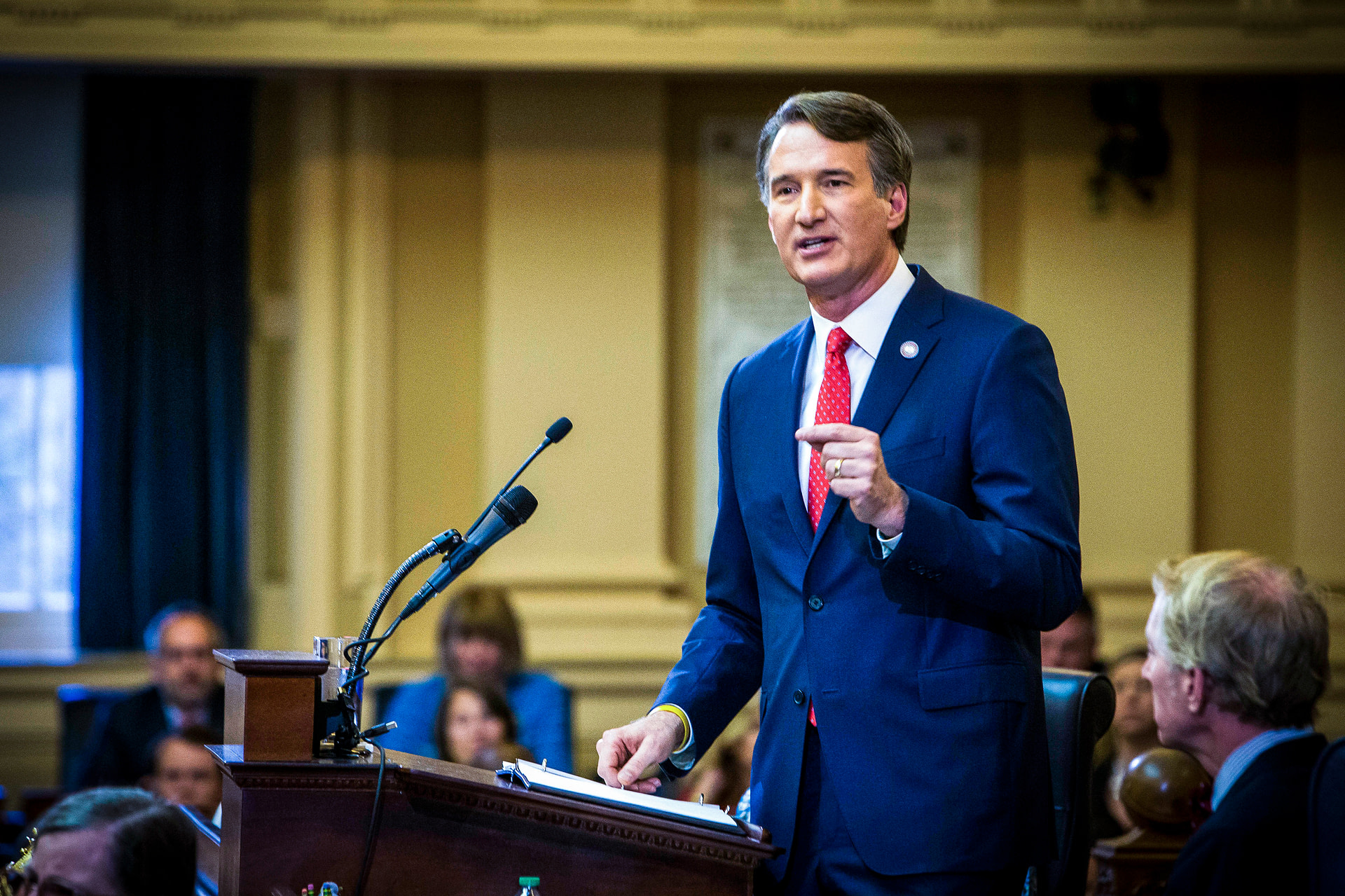 It seemed like a deal any governor would love to tout, especially if they’re dreaming of a move to the White House: 2,500 high-tech manufacturing jobs for an iconic American company in a long-struggling part of his state.

But this week, Virginia Republican Gov. Glenn Youngkin nixed a proposed $3.5 billion Ford electric vehicle battery factory over its partnership with a Chinese battery maker, saying he would not allow taxpayer money to be used to “recruit Ford as a front for China.”

The decision by the former CEO stunned observers, leading many to see it as further evidence that Youngkin is preparing to run for president and trying to neutralize a potential line of attack on his past business ties to the Communist country. (Virginia doesn’t allow governors to serve consecutive terms, so Youngkin can’t seek re-election.)

“There’s a logic to the politics of Youngkin’s decision,” said Liam Donovan, a Republican strategist and lobbyist. “It tracks with the prevailing tough-on-China sentiment within the party, showcasing a pugilistic side the base craves but that’s otherwise absent from his persona, and seeks to turn a potential vulnerability — Youngkin’s business dealings — into an experience that informs his stance.”

Youngkin became a national GOP star in 2021 when he flipped Virginia’s governorship after a dozen years drought for Republicans in which they didn’t win a single statewide election.

The first-time candidate had spent 25 years at the Carlyle Group, rising to become its chief executive as he helped to grow the private equity firm into a global powerhouse with billions worth of holdings in China, before leaving in 2020 ahead of his gubernatorial campaign.

“The Governor’s record was largely spared from Romney-style attacks on private equity in 2021,” added Donovan, referring to the issue that helped sink Mitt Romney’s 2012 presidential campaign. “But foes will seek to exploit it as he seeks the national stage, and he is smart to define his career preemptively and on his own terms.”

While it might pay off for Youngkin down the line, critics today are accusing him of putting his personal political ambition ahead of his constituents’ livelihood.

“Shutting down negotiations on this project made absolutely no sense to me or most of my colleagues,” said Virginia Democratic Sen. Scott Surovell, who called the move “gubernatorial malpractice.” “This is an economically distressed part of our state that is hungry for jobs; 2,500 jobs would be manna from heaven.”

Virginia has long prided itself on being friendly to business, no matter which party is in power, and often ranks near the top on lists of best states for business. Former Democratic Gov. Terry McAuliffe loved to rib his colleagues from other states about poaching their companies and jobs.

Now, Michigan is looking to gain from Virginia’s loss, with Democratic Gov. Gretchen Whitmer telling the Detroit News that Youngkin’s “political determination” created an “exciting opportunity” for her state.

Ford had been considering competing bids from Michigan and a site outside Danville, Virginia, where local officials spent years and millions of dollars trying to attract a major manufacturer with tax incentives that are common practice in economic development deals.

The conservative Daily Caller first broke the news of Youngkin’s decision to pull his state out of the running, which came after the site criticized Ford’s plan to “help China reap U.S. tax benefits” through its partnership, which was reportedly structured to circumvent limitations for foreign companies.

“The only explanation that I can see for leaking this to the Daily Caller and saying ‘We don’t want this project because of Chinese connections’ is that the governor is in some kind of a China-bashing contest with Ron DeSantis and Gregg Abbot,” said Surovell, referring to the Republican governors of Florida and Texas, who are also considering presidential runs.

All three governors have recently moved to ban Chinese companies from buying farmland and other assets in their states, with Youngkin saying in a speech last week that “Virginians — not the CCP — should own the rich and vibrant agricultural lands God has blessed us with.”

And like the federal government, Youngkin banned TikTok from government-issued phones over data security concerns, saying “everyone knows that TikTok is a tool of the Chinese Communist Party” — though the Carlyle Group owns a large stake in the social media platform’s parent company shortly, which it acquired after he left.

Youngkin spokeswoman Macaulay Porter said in a statement that while “Ford is an iconic American company,” the joint partnership was “a front” for the Chinese company, one of the world’s leading battery makers, so allowing it to proceed “could compromise our economic security and Virginians’ personal privacy.”

“I look forward to bringing a great company there,” Youngkin told Bloomberg TV Friday. “It won’t be one that uses kind of a Trojan-horse relationship with the Chinese Communist Party.”

With his rags-to-riches personal story, suburban dad energy, and careful triangulation on policy, Youngkin in his 2021 campaign found a winning formula that managed to keep voters loyal to former President Donald Trump engaged without turning off professional-class moderates.

Youngkin has been trying to take that formula national, making frequent appearances on Fox News and other national outlets while traveling the country last year to stump for conservative midterm candidates.

As concerns about China grow inside the GOP, Trump — who endorsed Youngkin’s gubernatorial bid, but never appeared in person to rally for him — has already hinted that he thinks the governor is vulnerable on China.

“Young Kin (now that’s an interesting take. Sounds Chinese, doesn’t it?),” Trump said in a series of posts on his Truth Social in November knocking the governor for distancing himself a bit from Trump. “I Endorsed him, did a very big Trump Rally for him telephonically, got MAGA to Vote for him — or he couldn’t have come close to winning.”

Youngkin’s work at Carlyle was overshadowed by other issues during his gubernatorial campaign, but Democrats and Republican rivals are already preparing to put it front and center if he decides to run for president, especially since China has grown increasingly autocratic in recent years.

As other Western companies have begun pulling back from China, Carlye says it is committed to the country, with the head of its Asia division telling a trade publication in September it is “actively leaning in” to China and enjoying having less competition.

“Carlyle makes a lot of money out of China,” said Surovell, the Democratic state senator. “If it’s good enough for him to make his $400 million fortune, I don’t see why it’s not good enough for one of the most economically distressed part of our state.” 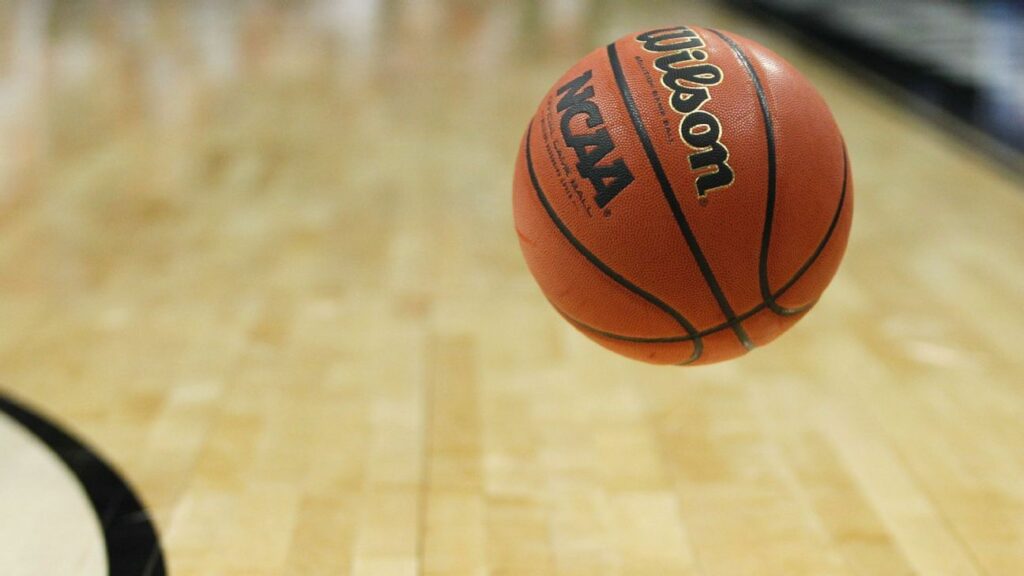 10:07 PM ETEastern Illinois' top scorer will be disciplined "internally" after he...
12 mins ago