The big day might technically be tomorrow, but Walmart’s official Black Friday sale is live right now (you can see all the deals here). These discounts represent the final prices for Black Friday, so don’t delay any purchases you’re planning to make. You can find deep discounts on electronics, toys, video games, kitchen and houseware, and a lot more. Let’s get to it.

These are the best-selling deals we’ve seen so far. We’ll keep this list updated as items sell out and new ones replace them, so check back later, too.

PS5 is in Stock

If you’re in the market for a PS5 for yourself or to give as a gift, this is a great chance to grab one — but you better hurry, because stock never lasts long. Take a look at our guide to buying a PS5 on Black Friday for more info if you don’t snag one in time.

The only difference between this Xbox Series S and the normal one is the (holiday themed) box it comes in.

Walmart has renewed stock of PS5 consoles and bundles, as mentioned above. But it also got a new batch of Xbox Series X and Xbox Series S. Additionally, there’s a discounted Nintendo Switch bundle and $50 off Xbox Series S. Other retailers will have those deals as well. Take a look at our guides to early PS5 deals, Nintendo Switch deals, and Black Friday Xbox sales for more.

The official Meta Quest 2 Black Friday deal is now live at Walmart (it’s been live elsewhere for a couple days). It gets you the wire-free VR headset, plus Resident Evil 4 and Beat Saber, for $349 for the 128GB model or $429 for the 256GB one.

Black Friday is a great time to pick up extra controllers, as both Xbox and PS5 controllers are on sale.

Some of the top TV deals have sold out online, but they may be in stock for local pick up near you. They may also come back in stock at some point over Black Friday and Cyber Monday. We’ll keep updating if any new deals become available as well.

A choice assortment of electronics are on sale for Black Friday, including a ridiculously killer deal on the Apple Watch SE. You can also save on AirPods, gaming laptops and monitors, and much more. Plus, these are the best deals on a new iPhone we’ve seen anywhere.

With the holidays coming up, you’ll definitely want to pick up some gifts for the kids in your life. Might as well save some cash while doing so.

Black Friday is hands down the best time to pick up popular houseware items like sheets and robot vacuums. Walmart has some great models for all-time low prices right now.

If you’re in the market for a new set of kitchen knives or a small appliance like an air frier, this is the time to buy. These prices tend to be the best you’ll find all year round.

Walmart Stores Are Closed for Thanksgiving

Unlike in some years past, all brick-and-mortar Walmart locations are closed for Thanksgiving in 2022. Thankfully, the website will remain up and running, offering all the Black Friday deals to one and all.

Do You Need Walmart+?

Walmart+ members got early access to the Deals for Days events, but now they’re all open to everyone. Even so, you can still sign up for Walmart+ here.

Subscribing to Walmart+ gets you free delivery of groceries and other items from local Walmart stores. It gets you free shipping with no minimum purchase on tons of items on Walmart’s website. It also gets you access to the streaming service Paramount+. It’s a good deal if you shop at Walmart regularly.

These are just some of the deals you can find right now. For more, be sure to check out our articles on items like Black Friday TV deals and on retailers like Best Buy’s Black Friday sale. 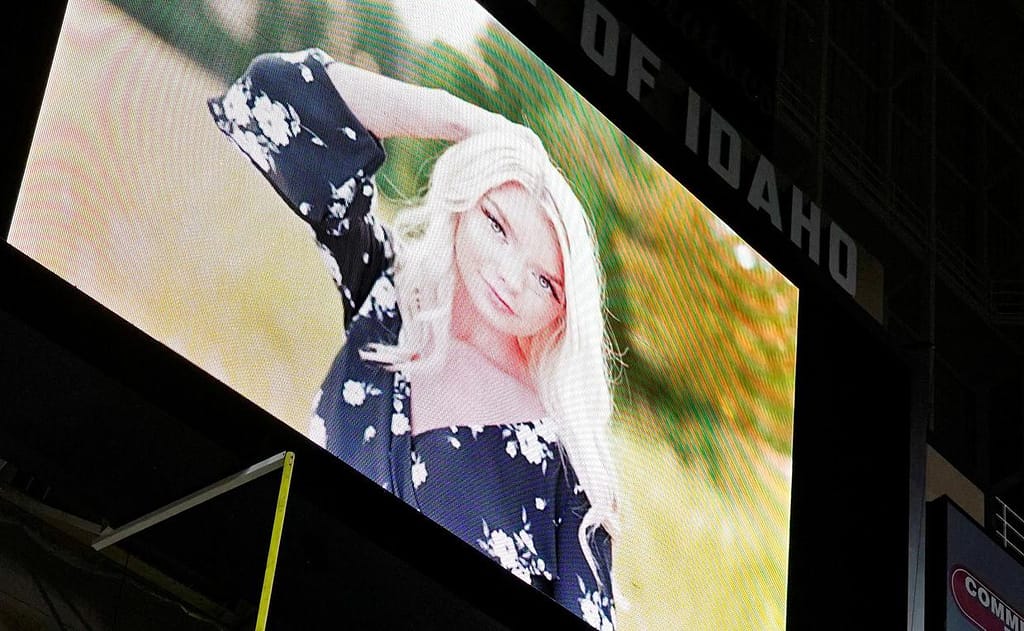 As hundreds of students mourned together inside the University of Idaho's stadium...
22 mins ago

A 19-year-old University of Florida quarterback was arrested Wednesday on allegations of...
26 mins ago

The Hypnotoad, a Mercedes and those postgame videos: 12 stories to explain TCU’s 12-0 season

WASHINGTON — When the North Carolina Supreme Court struck down the Republican-drawn...
44 mins ago

Amazon’s Creep Into Health Care Has Some Experts Spooked

As a nerdy, nature-loving kid growing up in France, Barbara Belvisi daydreamed...
44 mins ago

The Nest Wifi Pro is the latest mesh router from Google. In...
44 mins ago
Load More