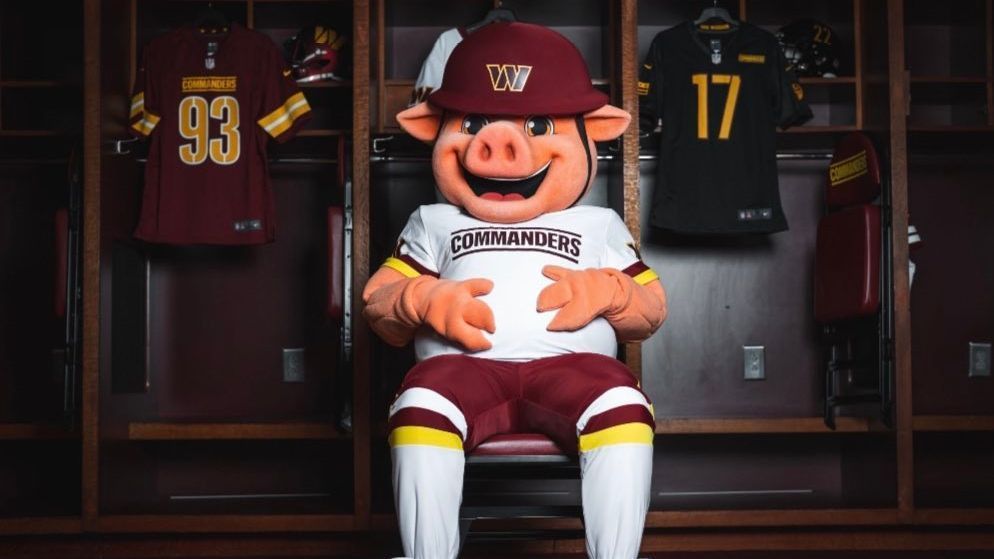 The Washington Commanders have unveiled a new mascot and, as the team tweeted, “he’s kind of a pig deal.”

Connecting with a historic part of the team’s past, the mascot is a hog wearing a Commanders uniform. His name is Major Tuddy.

He’s kind of a pig deal…

The porcine fellow is a reference to “The Hogs,” the nickname given to the franchise’s offensive linemen during the 1980s and ’90s under coach Joe Gibbs. That group, which got its nickname from offensive line coach Joe Bugel, included notable players Russ Grimm, Mark May, Jeff Bostic, Joe Jacoby and Mark Schlereth. All of them played on at least one of the franchise’s three Super Bowls from 1982 to ’91. Grimm was inducted into the Pro Football Hall of Fame in 2010.

Several members of The Hogs attended the Commanders’ game Sunday against the Cleveland Browns — the same day Major Tuddy was introduced.

The Hogs are back in the pen 🐖 pic.twitter.com/EztCjPhmQJ