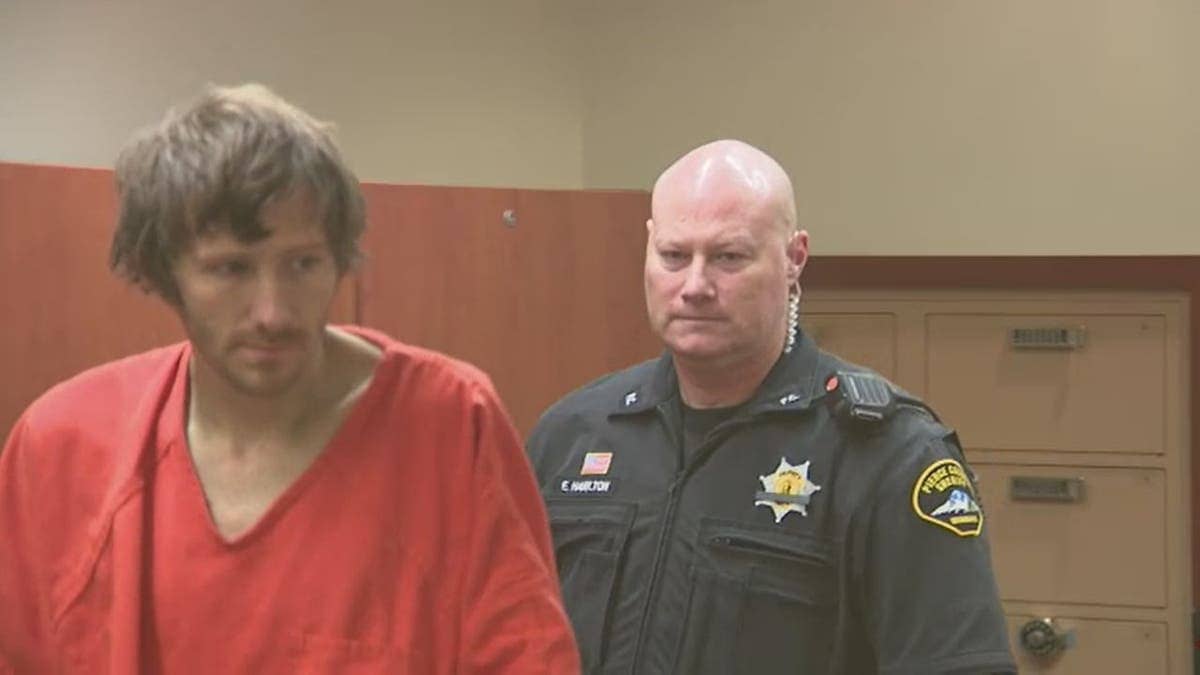 The suspected shooter of a double homicide in Tacoma, Washington, could be responsible for a third deadly shooting nearby, Fox13 reported.

Held at Pierce County Jail, Snider has several charges pending against him, including aggravated murder for the double homicide. During his arraignment, the prosecution said Snider could face more charges for a different case.

After his arrest for the double homicide, court documents said Snider “admitted to being present at another homicide that occurred earlier in the year. In that earlier homicide, the victim was shot in the head.”

Paul Snider, who is accused of murdering two people, being led in handcuffs for his hearing.
(KCPQ)

The documents further stated detectives familiar with the earlier homicide knew the shooter “had been identified as ‘Paul’.”

The court documents said a suspect was caught on a Bass Pro Shop security camera stepping out of the trailer, and “a suspected muzzle flash could be seen on the video.”

Additionally, at least two home cameras gave a clear idea of what the suspect was wearing and who to look for. The documents said detectives used the surveillance video to identify Snider as the suspect, arresting him just hours after the deadly shots.

Paul Snider, who is accused of murdering two people, sits in a chair during his hearing
(KCPQ)

Officer Shelbie Boyd of the Tacoma Police Department said video and pictures from the community play an important role in solving these crimes. She urges people to continue submitting that information to police.

“I can’t speak to how many cases have been solved from community members and their home surveillance systems,” said Boyd. “That one small little piece of evidence—someone walking by your camera that just kind of feels wrong, or maybe it’s around that time—that could be that one small link that we need to help a family have some closure.”

Prosecutors said Snider had previous convictions, including one for residential burglary. They said he has had nine encounters with law enforcement and has been booked at Pierce County Jail at least six times.

Snider’s next court hearing in the double homicide case is scheduled for December 21. League of Legends has a multiverse too, and it’s packed with mysteries

League of Legends started as a humble MOBA in the footsteps of...
12 mins ago

Next week's The Game Awards show looks set to be a big...
20 mins ago
Sports

5 methods for leveraging digital advertising during a downturn

Alex Song Contributor Alex Song is the CEO and founder of Proxima,...
22 mins ago

It’s not a good sign when you’ve thought about throwing your smartphone...
22 mins ago

The National Football League has introduced NFL Zone, a new and permanent...
22 mins ago

PS5 Price HikeWhile the PlayStation 5 and Xbox Series X|S consoles were...
22 mins ago

The Biggest Games Of December 2022 – Marvel’s Midnight Suns, The Callisto Protocol, And More

The products discussed here were independently chosen by our editors. GameSpot may...
22 mins ago
Load More