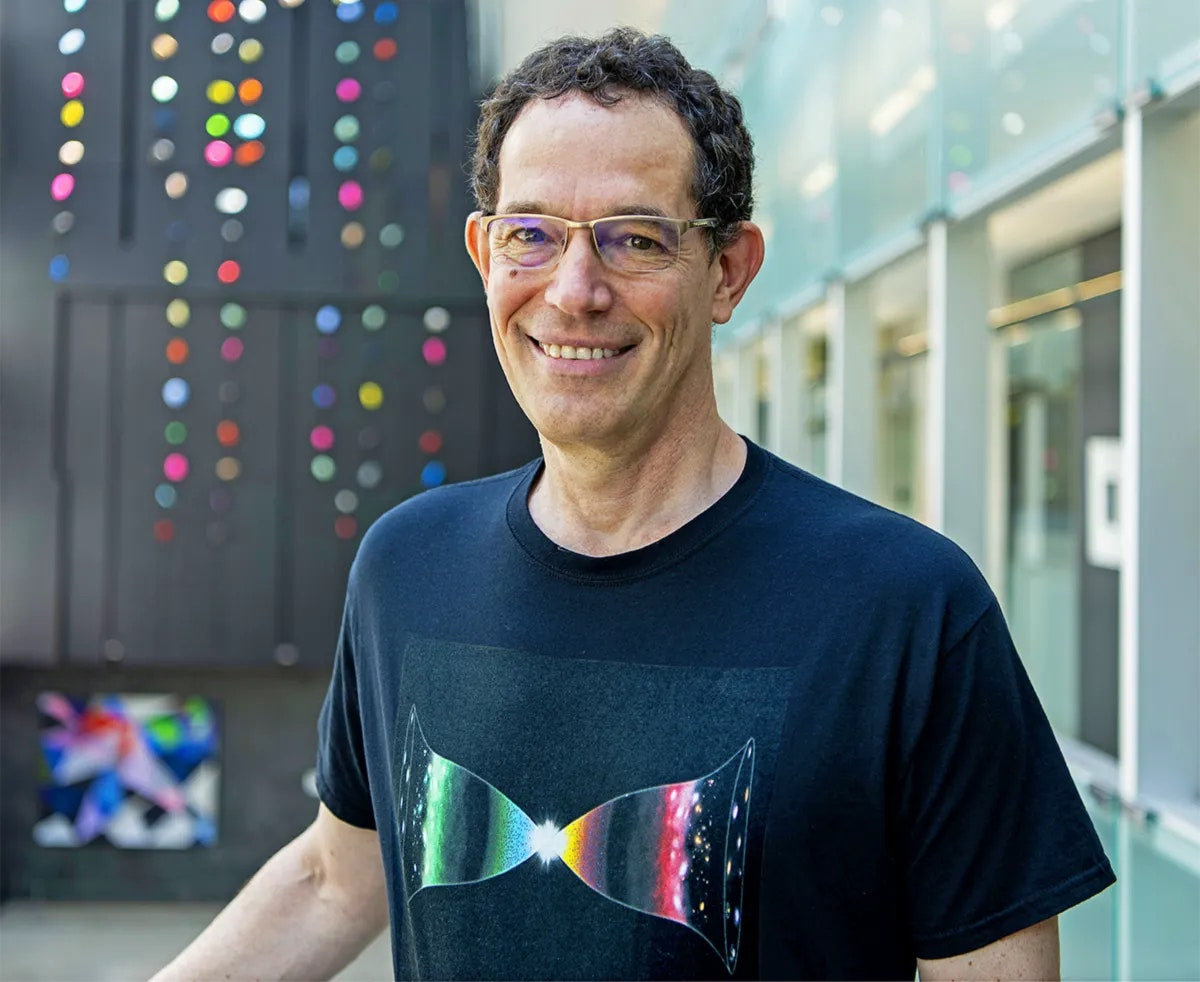 Why This Universe? Maybe It’s Not Special—Just Probable

Cosmologists have spent decades striving to understand why our universe is so stunningly vanilla. Not only is it smooth and flat as far as we can see, but it’s also expanding at an ever-so-slowly increasing pace, when naive calculations suggest that—coming out of the Big Bang—space should have become crumpled up by gravity and blasted apart by repulsive dark energy.

To explain the cosmos’s flatness, physicists have added a dramatic opening chapter to cosmic history: They propose that space rapidly inflated like a balloon at the start of the Big Bang, ironing out any curvature. And to explain the gentle growth of space following that initial spell of inflation, some have argued that our universe is just one among many less hospitable universes in a giant multiverse.

But now two physicists have turned the conventional thinking about our vanilla universe on its head. Following a line of research started by Stephen Hawking and Gary Gibbons in 1977, the duo has published a new calculation suggesting that the plainness of the cosmos is expected, rather than rare. Our universe is the way it is, according to Neil Turok of the University of Edinburgh and Latham Boyle of the Perimeter Institute for Theoretical Physics in Waterloo, Canada, for the same reason that air spreads evenly throughout a room: Weirder options are conceivable but exceedingly improbable.

The universe “may seem extremely fine-tuned, extremely unlikely, but [they’re] saying, ‘Wait a minute, it’s the favored one,’” said Thomas Hertog, a cosmologist at the Catholic University of Leuven in Belgium.

“It’s a novel contribution that uses different methods compared to what most people have been doing,” said Steffen Gielen, a cosmologist at the University of Sheffield in the United Kingdom.

The provocative conclusion rests on a mathematical trick involving switching to a clock that ticks with imaginary numbers. Using the imaginary clock, as Hawking did in the ’70s, Turok and Boyle could calculate a quantity, known as entropy, that appears to correspond to our universe. But the imaginary time trick is a roundabout way of calculating entropy, and without a more rigorous method, the meaning of the quantity remains hotly debated. While physicists puzzle over the correct interpretation of the entropy calculation, many view it as a new guidepost on the road to the fundamental, quantum nature of space and time.

“Somehow,” Gielen said, “it’s giving us a window into perhaps seeing the microstructure of space-time.”

Turok and Boyle, frequent collaborators, are renowned for devising creative and unorthodox ideas about cosmology. Last year, to study how likely our universe may be, they turned to a technique developed in the ’40s by the physicist Richard Feynman.

Aiming to capture the probabilistic behavior of particles, Feynman imagined that a particle explores all possible routes linking start to finish: a straight line, a curve, a loop, ad infinitum. He devised a way to give each path a number related to its likelihood and add all the numbers up. This “path integral” technique became a powerful framework for predicting how any quantum system would most likely behave.

As soon as Feynman started publicizing the path integral, physicists spotted a curious connection with thermodynamics, the venerable science of temperature and energy. It was this bridge between quantum theory and thermodynamics that enabled Turok and Boyle’s calculation.

1:46 PM ETSan Francisco 49ers running back Elijah Mitchell is inactive for...
36 mins ago

Editor’s Note: Lynda Lin Grigsby is a journalist and editor who has...
46 mins ago