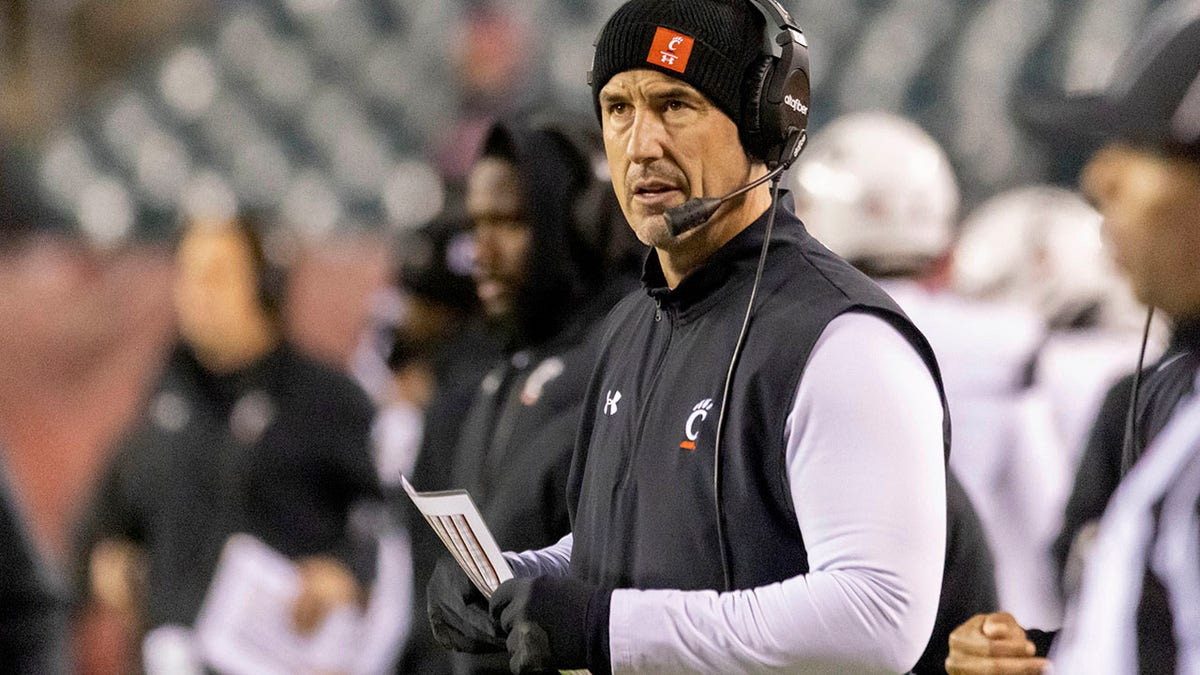 Wisconsin taps Luke Fickell for football job after great run with Cincinnati: ‘He is a transformative hire’

Wisconsin hired Luke Fickell from Cincinnati to become their next head coach on Sunday.

Fickell will replace Paul Chryst, who was fired on Oct. 2, and assistant Jim Leonhard, who was named the interim head coach while the Badgers searched for their next coach.

Wisconsin made the announcement Sunday night as rumors began to swirl earlier in the day that Fickell was going to bounce from Cincinnati to the Big Ten school.

Cincinnati head coach Luke Fickell, right, stands on the sidelines during the first half of the American Athletic Conference championship against Houston, Dec. 4, 2021, in Cincinnati.
(AP Photo/Jeff Dean)

“I am incredibly excited to announce Luke Fickell as our new head football coach and to welcome his entire family to Madison,” Wisconsin athletic director Chris McIntosh said in a statement. “Luke is one of the top football coaches in the country. He is a proven winner, recruiter and developer of players. Equally as important, he shares our values. Coach Fickell is focused on giving our student-athletes the best opportunities possible and is attuned to the changing landscape of college athletics.”

“I have every confidence that he will respect and honor the foundation that has been set for our football program over the years while embracing the exciting opportunities ahead,” McIntosh continued.

Fickell turned Cincinnati into a College Football Playoff team last season and could have made an argument to get into the 2020-2021 playoff as well. He was 57-18 with the Bearcats and the team’s berth into the playoff last season marked the first of any Group of Five school. The team lost to Alabama in the semifinal.

Fickell’s Cincinnati players have also excelled in the classroom. The program had a 100% graduation rate heading into the season among players who had stayed in the program for four years under Fickell.

“I am thrilled with our hire of Luke Fickell as the head football coach of the Badgers,” UW-Madison Chancellor Jennifer L. Mnookin said. “He is a transformative hire for our program.

“In addition to the success he has already experienced as National Coach of the Year in 2021 and steering a team into the College Football Playoff, he shares our values and appreciates the importance of the college experience for our student-athletes. … I am excited to see him help us build from our already solid foundation to reach even greater heights.”

Cincinnati head coach Luke Fickell looks on during the first half against Temple, Nov. 19, 2022, in Philadelphia.
(AP Photo/Laurence Kesterson)

Between Chryst and Leonhard, Wisconsin is 6-6. The program has never made the College Football Playoff since it was instituted during the 2014-2015 season.

Sony released its latest earnings report this week, and it showed that...
24 mins ago

A new Nintendo Direct will reportedly be held next week, as Giant...
26 mins ago

Given our general reliance on something called “food” you’d think the issue...
54 mins ago