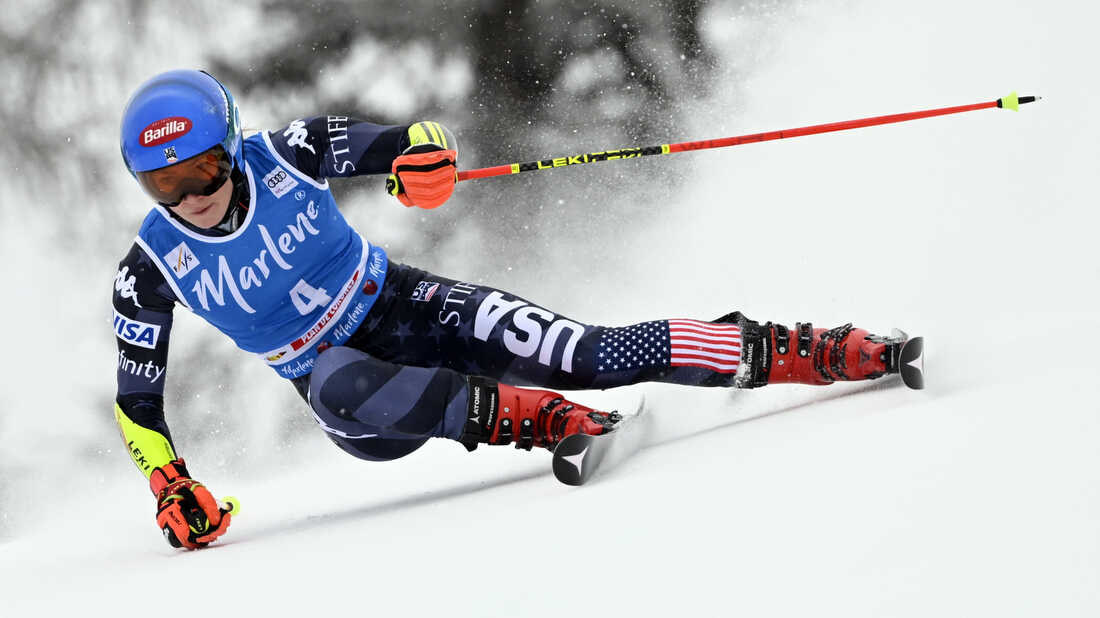 Mikaela Shiffrin seized first place in her first run in the giant slalom in Kronplatz, Italy, bidding to make history in the World Cup.

Shiffrin, 27, seized the lead in her first run, pipping two Olympic medalists — the Swiss Lara Gut-Behrami and the Italian Federica Brignone — by 0.13 seconds and 0.27 seconds, respectively.

Shiffrin blazed out of the gate seemingly set on making history, her time never trailing any other skier. Gut-Behrami, in contrast, overcame a relatively slow start to scorch the bottom of the course and mount a tough challenge to Shiffrin in the Dolomites.

That set up the second run, and Shiffrin’s latest attempt at the record. Over the weekend in Cortina, she notched top-10 finishes in the downhill and super-G speed events. Now, at Kronplatz, Shiffrin let her ethereal mix of speed and technical ability shine.

Only Ingemar Stenmark remains ahead of Shiffrin

The victory leaves only one name ahead of Shiffrin’s: Ingemar Stenmark, the legendary Swedish racer whose 86 World Cup wins are the most ever — by a man or woman.

Stenmark is among those expecting even more greatness from Shiffrin.

“Shiffrin will win more than 100 [races],” he predicted in an interview with Olympics.com, “and it doesn’t make me sad at all.”

Shiffrin, who was born and raised in Colorado, has been racing on the World Cup circuit since 2011 — starting her career just before turning 16. She is the only skier in history to have won a race in all six World Cup disciplines: downhill, super-G, slalom, giant slalom, combined, and parallel.

Shiffrin has also shown rare consistency, coping with injuries to her back and knees in a sport where athletes launch their bodies downhill at speeds reaching 75 to 80 mph. In the 2018-19 World Cup season, she won 17 races — a mark no other male or female skier has ever equaled.

Mikaela Shiffrin speeds down the slalom course at the women’s World Cup event in Flachau, Austria, earlier this month.

While her latest win makes history, it’s also a testament to Shiffrin’s resilience. Three years ago, she acknowledged being “devastated” after her father, Jeff, died in an accident in his home.

“I wish I could go back to a time when I could share it with more of the people that I love,” Shiffrin said after her 82nd win earlier this month tied her with Vonn.

She has also shown grace and humanity in coping with a string of disappointments she endured at last year’s Winter Olympics, where she didn’t finish three races and failed to win a medal.

Going into the weekend of races in Italy, Shiffrin had won 82 of her 234 previous World Cup starts — meaning that she wins 35% of her events on the world’s top circuit.

With her latest victory, Shiffrin stands alone among women, and now she’s setting her sights on Stenmark’s all-time record.

PrevPreviousCritics call out Biden administration for not walking away from Iran nuclear deal despite recent rhetoric
NextUK Daily Deals: Best Lunar Sale Gaming Deals for PC, Xbox, and PlayStationNext
Back to Feed

Please enter your date of birth to view this video By clicking...
15 mins ago

WWE 2K23 is the follow-up to last year's successful relaunch of the...
15 mins ago

CD Projekt Red has rolled out a new patch for The Witcher...
20 mins ago

The release of Dead Space Remake last month has been warmly received...
52 mins ago

8:00 AM ETThe time has come to scrap the transfer window. What...
53 mins ago
Load More