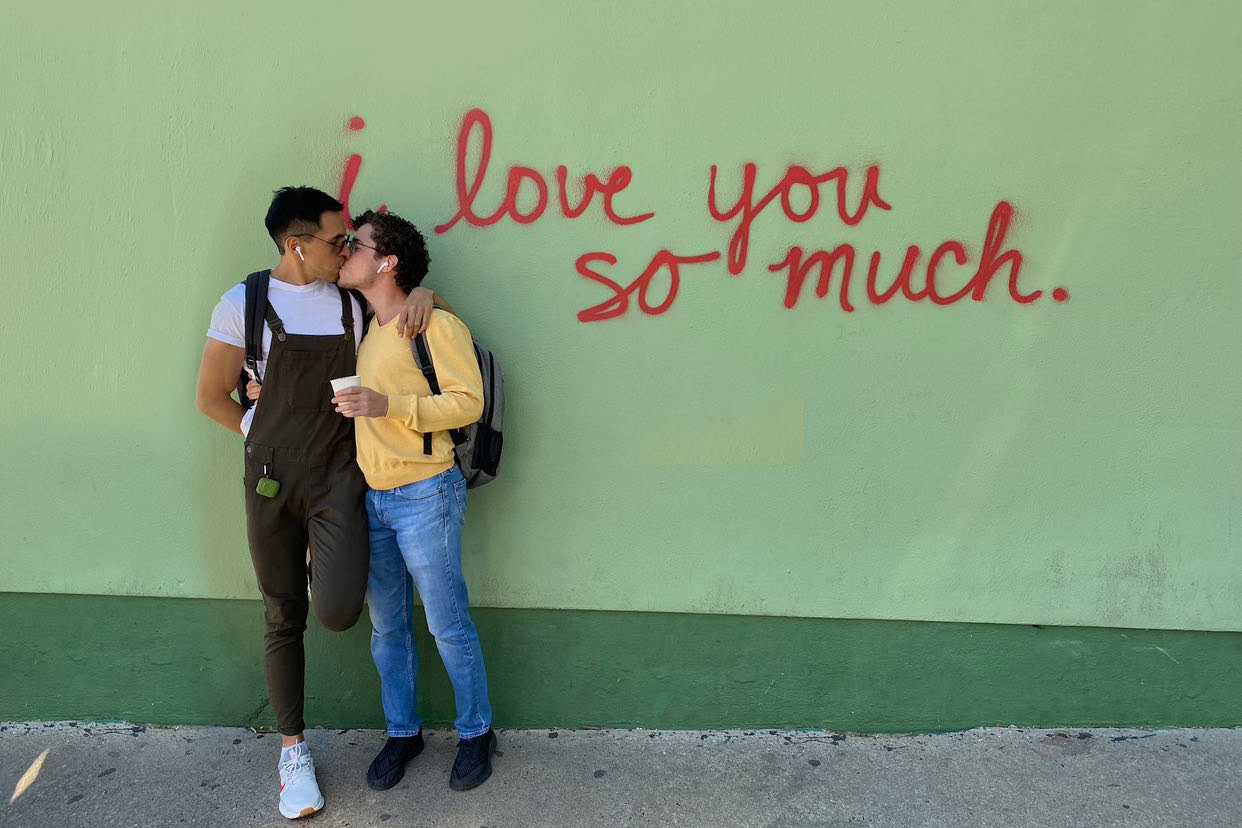 A gay couple hugging in front of a church in Mexico was sprayed with what appeared to be “holy water” by a woman who accused them of spreading immorality to the country’s youth.

“Get out right now! I’m going to call the police,” the woman said in Spanish while spraying the couple and making the sign of the cross.

The encounter took place in Toluca, about 50 miles west of Mexico City, and was caught on camera and shared by one of the men in a TikTok video that has since gone viral. Posted over the weekend, the video had nearly 400,000 views as of Wednesday afternoon.

Leonardo Hernandez, who posted the video, can be heard telling the woman in Spanish, “It is bad to hate, lady.”

A bystander intervened to defend the couple, telling the woman, “They are not doing anything. They are just sitting here.”

The woman, who was not identified, put a bottle in her purse after spraying the couple and then said she was calling the authorities and took out her cellphone. She can be heard saying into the phone that the church is private property and that the couple is not welcome in the “lord’s house.”

“They are not from here,” she says in Spanish. “They come from other depraved countries to teach immorality to the youth here.”

Hernandez then appears to also speak with authorities on the woman’s phone, saying he doesn’t think hugging his partner is an “immoral act” and that he and his partner have been respectful to the woman even though she “wants to run us out of here.”

The person on the phone, whom Hernandez described as an officer, can be heard through the phone telling Hernandez that he told the woman “this is discrimination” but asked Hernandez to avoid confrontation and leave the steps. Hernandez thanks the officer before ending the video.

Following the encounter, Hernandez, who lives in Mexico City, told NBC News that he believes the true meaning of a religion should be about doing good, being respectful, loving your neighbor unconditionally and being able to love freely. He said sometimes, however, religion can turn that message into “hate and rejection of a group for the simple fact of loving and being who you are.”

In a caption posted along with his video, Hernandez wrote: “Its difficult to understand that someone can treat you like this for loving freely 💔 the good are more; Thanks to the authorities and people of the church who decided to act with love and consistency.”

Thousands of users commented on the video, with many coming to the couple’s defense.

Another said, “You should love your neighbor as yourself. Your mouth speaks of what your heart lacks. I love you guys, I send you blessings and bless your love.”

Hernandez told NBC News he is grateful for those who have extended their support and that the encouraging comments reflect that “we are learning to accept the great diversity that exists in this world.”

Same-sex marriage became legal in all of Mexico’s 32 states this past October. When the last state voted on legalization, the president of Mexico’s highest court, Arturo Zaldívar, welcomed the vote.

“The whole country shines with a huge rainbow,” he wrote on social media. “Long live the dignity and rights of all people. Love is love.”

PrevPreviousRep. Barbara Lee tells colleagues she plans to run for Senate
NextAmazon Has Some Great Gaming And Tech Deals Right NowNext
Back to Feed

New York CNN  —  Unionized workers at Disney World have rejected a...
60 mins ago