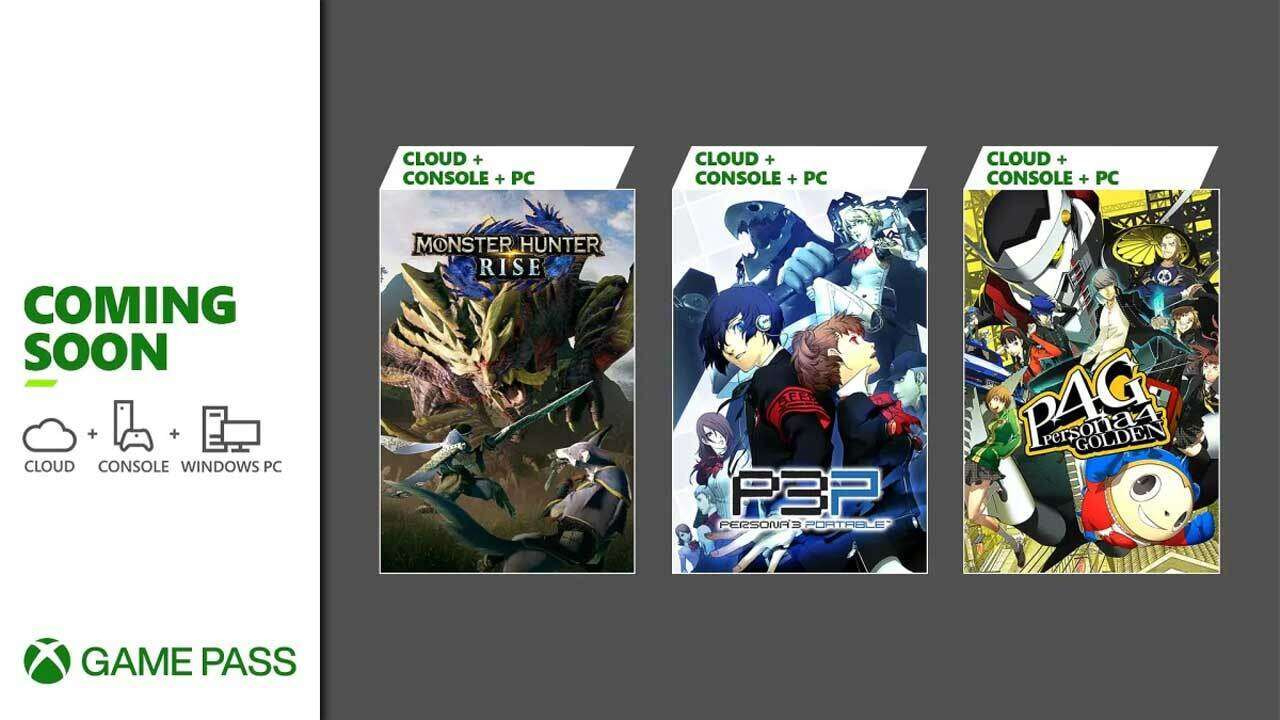 Xbox Game Pass Is Adding These Three JRPGs In January

Just a few days into the start of 2023, Microsoft has announced its latest batch of games coming to the Xbox Game Pass catalog in January, as well as which titles will be removed to make space for the new arrivals.

Some of the games had previously been confirmed, and for Atlus fans, there’s a lot to look forward to. Persona 3 Portable and Persona 4 Golden headline the first batch of January Game Pass releases, bringing the classic RPGs to Xbox consoles, PC, and cloud gaming on January 19.

On January 20, you’ll be able to jump into Capcom’s Monster Hunter Rise, in which team up with other players to battle deadly monsters, craft a wide variety of gear, and prevent the world from meeting an untimely end. In case you missed it, several other Game Pass surprises are now available, including Mortal Shell and Stranded Deep.

Six games will be leaving Xbox Game Pass this month, so if you haven’t played them yet, you have until January 15 to try out Danganronpa: Trigger Happy Havoc, Nobody Saves The World, and several other titles.

PrevPreviousWNBA free agency: Where Stewart lands, whether Parker stays in Chicago and other big predictions
NextFantasy hockey all-star team: Top players who beat their expectationsNext
Back to Feed